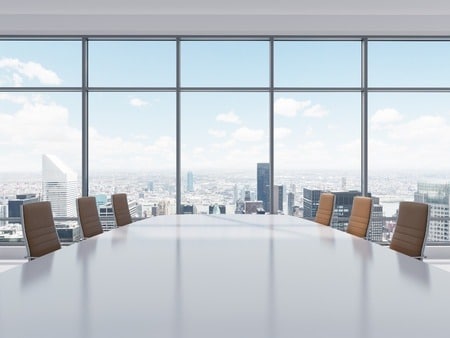 Not only must we wait for the first female president, but evidently there’s still a glass ceiling (and more!!)  with respect to women in corporate America!

According to a recent McKenzie & Company report, corporate gender equality is moving at a glacial pace!  “Corporate America is not on a path to gender equality…women are still underrepresented at every level in the corporate pipeline.”

Significant improvement in this area would be a tremendous economic benefit, according to the McKenzie author:  “…advancing women up the corporate ladder, besides being the ethical thing to do, would boost the U.S. economy by $2.1 trillion. Forty percent of the economic gain would come from increased workforce participation, 30% from increased full-time employment, and 30% from a changing sector mix. Gender parity in business would represent 10% more U.S. GDP growth through 2025 than business as usual.”

Among Fortune 500 companies, only 4-5% have woman CEO’s and not one of the 50 new CEO’s hired over the past year was female.  A main culprit appears to be a slower rate of promotion, and also perhaps a shortage of women overall to promote.

So what’s going on here?  If the economic boost is that great, why is gender parity lagging?  The McKenzie report lists a number of anecdotal situations but in our opinion fails to present a comprehensive conclusion.  But it is indeed an interesting treatment of a very important subject.  Here are some of the problems listed:

The McKenzie report notes “if you look at the entry-level-to-manager transition, for every 100 men who are promoted across that level, maybe 75 women are.  And this pattern holds across all levels of the organization. … If you think of this as a lifetime effect, women can expect to be a full corporate level below men over the course of their working years. …  They are either advancing more slowly or never reaching that first promotion.”

Do women leave companies more frequently than men?  Apparently these data vary.  McKenzie reports that “Women are actually leaving at a similar, or if anything slower, rates than are men.” That includes upper management: SVP-level women are 20% less likely to leave as men, and women in the C-suite are half as likely to exit.”

In contrast to that, a major financial institution noted “in finance many women tend to leave the workplace at mid-level, and cited a lack of mentoring as one factor for the exodus. “You don’t have anyone to turn to at those mid-levels.… There’s very few senior women to turn to.”

Further, the report “shows that women are under-represented even at entry level jobs. There is a 10 percentage-point difference between the sexes. And there are gaps early on, even in education.  The pipeline that is feeding the workplace is uneven before [women] get there.”

This would be especially true for recruiting that concentrates on schools of engineering and science, where there are fewer female candidates.  Diversifying recruiting efforts is one solution to this bias.

Job postings are another area where inequity lurks.  The report notes “At the more junior levels within the firm, job openings tend to be posted on the internal job network, so everybody can see what the opportunities are. … But as you get higher up in the organization, it’s a tap on the shoulder, it’s who knows who, it’s more of the boys’ club.”

The McKenzie report also contains several behaviors, attitudes and mindsets that can cause gender inequality.  Reading through these suggest a very difficult problem overall that will take concentrated efforts over many years to solve.

Here is the link if you wish to see the complete article:  https://knowledge.wharton.upenn.edu/article/corporate-gender-equality-take-100-years/