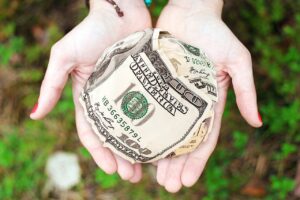 “A seemingly effective way for politicians to justify our need for their services is to fabricate or exaggerate a problem, promise to fix said problem with a new program or lots of spending, and then claim victory in the form of public acclaim and reelection.”

“President Joe Biden’s Build Back Better plan would appear a good example of this behavior, reflecting a tweet by then-candidate Biden that he “does not buy for a second that the vitality of American manufacturing is a thing of the past.” His plan asks for $400 billion to buy American-made equipment, along with $300 billion in research and development government spendin. An additional subsidy worth hundreds of billions of dollars will be used to encourage the production and sale of other domestically manufactured products.”

What are the chances this policy will perform in an efficient manner, as opposed to promoting the interests of political allies and donors? More importantly, is US manufacturing in need of this sort of help?

Seems to us, that in general all manufacturing needs is more qualified workers for their increasingly sophisticated work. After all, JIT as well as nimble response to customers, not to mention CNC and other digital aspects, require much more than a strong back! Is our political leadership, especially at the federal level, likely to be really helpful?

Per the Reason article, “Here’s the rub: American production, particularly prior to the trade wars and the pandemic, is usually healthy. A new data- and chart-rich paper by Scott Lincicome of the Cato Institute on a ‘Manufactured Crisis:’ Deindustrialization,’ Free Markets, and National Security’ documents the excellent health of American production. The alleged justification for industrial policy is disproved and all the national security arguments trotted out to justify protectionism are debunked. The claim that we need a national industrial policy because U.S. production is in decline is usually based on two trends: the decline in both U.S. manufacturing jobs and the decreasing share of total U.S. economic output by the sector.”

As the Lincicome paper demonstrates, in every industrialized nation, including those countries with economies more focused on production than the United States, there is a decrease in manufacturing employment. As most of us involved in manufacturing know very well, this is almost entirely due to the increasing use of automation such as CNC and other digital enhancements to formerly highly manual operations.

Today modern manufacturing produces far more output with far less human capital. As an obvious result, employment is more service oriented than manufacturing these days. Everyone in society wins, perhaps except for the unskilled in need of manual labor.

So what’s the likelihood our political leaders will tweak the proper economic controls and accomplish great things? Will such policies as Biden outlines provide a big boost to US manufacturing? Or are we dealing with a Wizard of Oz “man behind the curtain” situation?

Time will tell. As the Reason article concludes, “The bottom line is this: you have to read Lincicome’s work if you are anxious about U.S. manufacturing and wondering whether its health or perceived decline justifies industrial policy.”

Read the original article “The Protectionism Manufacturing Plan of Biden is worth $700 billion” at https://reason.com/2021/02/18/biden-manufacturing-plan-build-back-better-is-700-billion-worth-of-protectionism/