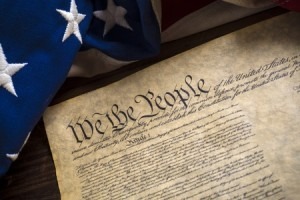 A potential political bombshell may be coming to a legislature near you!  A recent article in the Toledo Blade dealt with the Ohio Legislature considering resolutions for a Convention of States.  If successful, this is a move for amending the US Constitution.

For several years this convention of states movement has been slowly proceeding.  So far, 10 states have passed such resolutions, with North Dakota the latest.  If Ohio’s actions pass, Ohio would be the 11th state of the 34 needed to cause the US Congress to provide a date and place for a Convention of States.  Evidently once sufficient state resolutions get to Congress, the convention action cannot be stopped by Congress.  Or so it seems.

The people behind this movement are very concerned about what they view as out of control growth in power, scope and jurisdiction of the US government.  They believe there is little hope for “self correction”.  Therefore, they started a movement for a Convention of States to amend the US Constitution.  The agenda for amendments includes steps to restore the Commerce Clause to what they believe was it’s original intent, along with the 10th Amendment, which supposedly limits the scope of federal actions.  There are also agenda items for federal term limits and financial restraints.

So if you thought the election of Donald Trump is responsible for chaos in Washington by shaking things up, just wait until the Convention of States movement gains sufficient momentum to get into the mainstream of the news.  If successful, the world as we know it will be fundamentally changed, and no one knows what this might mean overall—yet.

To test this concept and add credibility, a mock convention was held last year to give the procedure something of a trial run.   All 50 states sent representatives, and the 2-day conference dealt with how a real Convention of States would actually work.  Here’s a short summary:    https://www.nationalreview.com/article/440506/constitutional-amendments-states-convention

The above link also contains Article V of the US Constitution, which describes how to amend the Constitution, and also a brief explanation of the convention process. 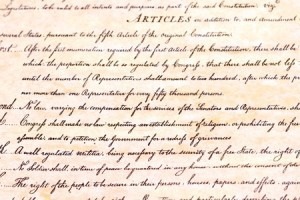 Supposedly these state applications to Congress define an agenda for the actual convention.  This addresses a major concern that such a convention would run wild with all manner of presumed crazy amendment proposals.  Many, however, believe this is not a legitimate concern due to the limits of these resolutions.

So regardless of your opinion of the legitimacy of federal government activities the convention of states movement might be a very major event over the next few years.  We will be paying close attention and if there’s progress we’ll report further on this subject.