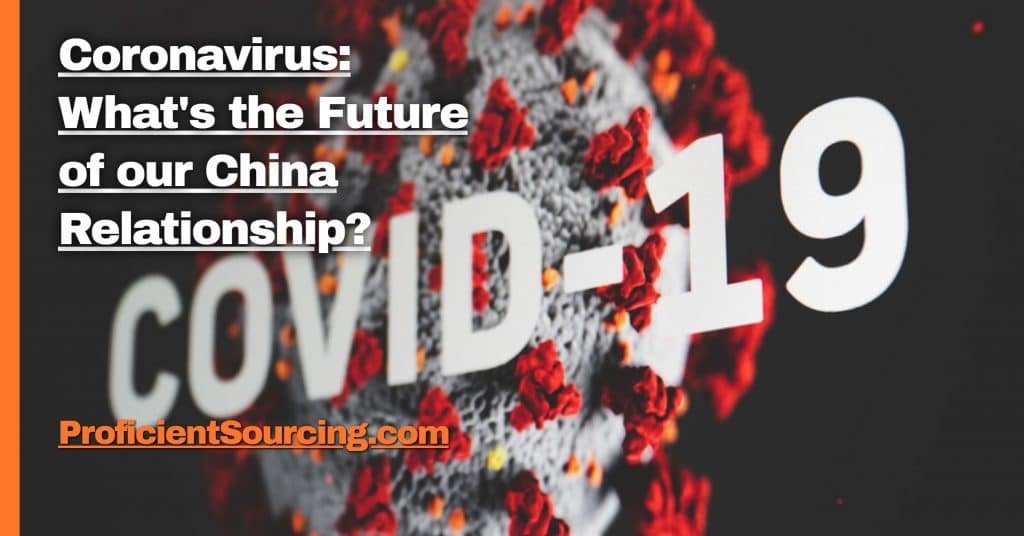 We’re in the midst of a world-wide event with the coronavirus, unlike anything we’ve seen before. But it will end, and then what will our relationship with China look like? Our current emphasis on equipment and machinery OEM’s hasn’t seen much change yet, but it’s very early. Hard to imagine anyone who’s customer and supply base hasn’t been affected or won’t be shortly. Let’s all hang tough and work to stand tall when all this is over.

The main thing we foresee is significant change in our relationship with China. Whether or not you have a problem with the “China virus” name, it does appear the Chinese response left much to be desired. Further, there are some things that would seem to be major change candidates. We found a Oct ’19 article by Victor Davis Hanson that raised great concerns about this relationship and presents a very concise history and warning, ending with this: “Now we will learn whether America woke up just in time or too late. Either way, no one will credit the loud Trump for warning that China was threatening not just the U.S. but the world as we have known it.” We put this article into our blog here.

There are particularly important market segments where China has a virtual supply monopoly. Two that come to mind immediately are pharmaceuticals and rare earths. Both are vital. Apparently not only do most drugs come from China, but that fact is not revealed on packaging. We’ve learned there are several things where country of origin has been diplomatically agreed to be hidden. Does this make any sense to anyone? Not to us, and here’s what Prof. Hanson said in the article above:

“Cheap Chinese labor and lax American laws motivated hundreds of U.S. corporations to shut down their domestic assembly plants and relocate to China. At least at first, they were free to pay substandard wages and were mostly unregulated.

“Once American businesses got hooked on mega-profits, the Chinese government slowly started stealing their technology, infringing on copyrights and patents, dumping their own merchandise on the world market at prices below production costs, running up huge trade surpluses, and manipulating their currency”.

In any case, we’ve seen a few politicians now calling for a major effort to reshore drug manufacturing back to the US. We can only guess moving drugs to China made economic sense at some point, but does it make any sense for nearly 100% of our drug manufacturing to be sent offshore? Especially to our #1 economic competitor? How this evolves should be very interesting to observe.

Rare earths are far less visible to the average person, but many of these materials are absolutely essential. We’ve written several newsletters on the subject of rare earths; you can find them in our blog.

So is China our fiend? Perhaps not so much? Stay tuned. We predict the next year will see an energetic debate on this subject. And if your supply chain involves China, who knows where you’ll be.