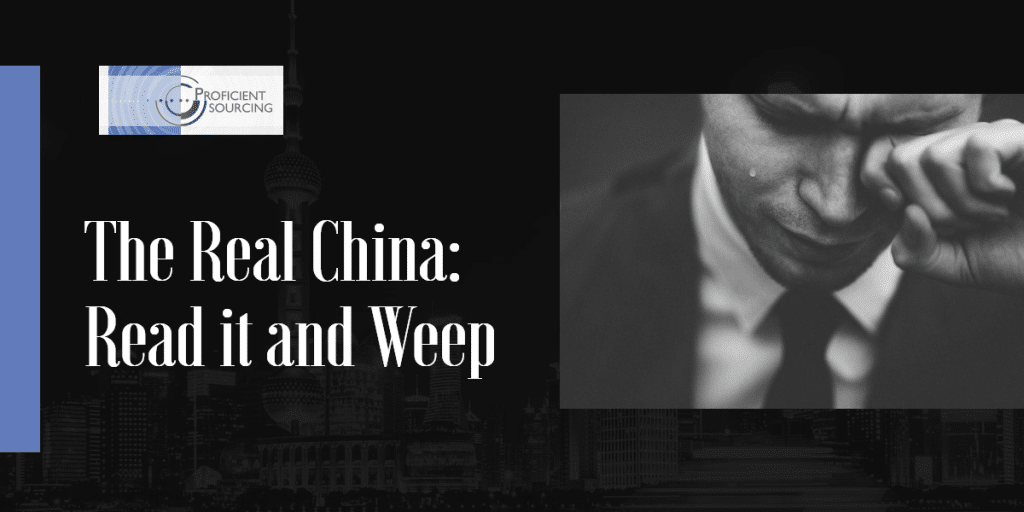 A friend sent us this piece by History Professor Victor Davis Hanson, and we think it’s good enough to pass along in its entirety. 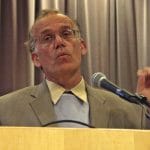 A man stands in front of riot police officers during a protest in the Sham Shui Po district of Hong Kong, China, October 1, 2019.(Athit Perawongmetha/Reuters)But did she wake up just in time or too late?

In these times of near civil war, Americans agree on almost nothing. Yet sometime in 2019, almost all of America finally got “woke” on China.

For years, our leaders had yawned about Silk Road neo-imperialism in Africa and Asia, and gross abuses of human rights against Chinese religious minorities and political dissidents.

Almost every assumption Washington made, by both Democratic and Republican administrations, was logically flawed at best. At worst, these calculations were a weird mix of conservative commercial greed, liberal political correctness, and shared screwball naïveté.

American trade and political appeasement were never interpreted by Beijing as magnanimity to be reciprocated, but always as weakness to be exploited. It was always ludicrous to think that the more concessions on trade and human rights the United States gave, the more China would Westernize and begin to resemble America or an EU nation.

Even sillier was the old shibboleth that China’s embrace of capitalist reforms — as if by some unwritten, determinist economic law — would lead to constitutional government. But the ability to buy a new cellphone never ensures the right to vote for a candidate of one’s choice.

Instead, all China did was auction off large sections of its new and more efficient economy to crony Communist pseudo-capitalists and corrupt provincial officials in order to modernize the country, beef up the military, warp the international trading system — and make itself very rich.

Why did America act in such a suicidal way on China?

Cheap Chinese labor and lax American laws motivated hundreds of U.S. corporations to shut down their domestic assembly plants and relocate to China. At least at first, they were free to pay substandard wages and were mostly unregulated.

Once American businesses got hooked on mega-profits, the Chinese government slowly started stealing their technology, infringing on copyrights and patents, dumping their own merchandise on the world market at prices below production costs, running up huge trade surpluses, and manipulating their currency.

But by then, American corporations were so addicted to laissez-faire profit-making that they turned a blind eye and paid their hush money.

Universities cashed in too, by setting up lucrative satellite campuses in China and admitting tens of thousands of Chinese citizens. These Chinese students paid full tuition (and sometimes premiums and surcharges), turning once cash-strapped campuses into profitable degree mills.

If profits had blinded corporations to exploitative Chinese partnerships, political correctness conveniently offered academia and the media political cover — as if a mostly monoracial China were a 1.3 billion-person diverse “other” with historical grievances against a supposedly racist America.

The result was that everyone profited and all remained willfully blind to the ascendant cutthroat and dictatorial colossus.

The domestic winners in the appeasement of Communist China were the two American coasts — the New York financial industry, the Washington political lobbying nexus, Silicon Valley’s high-tech companies, and the coastal mega-research universities such Harvard, Stanford, and Yale.

Suddenly, the intellectual and informational classes could sell their wares in a new global market, and they profited enormously.

Few cared about the “losers” in the now-hollowed-out Midwest and in rural America. For corporate America, domestic muscular labor could be easily and cheaply replaced by millions of Chinese workers. Outsourcing and offshoring pulled investment capital out of America and put it overseas, as Chinese-assembled products brought far greater profits.

Academics could not have cared less that the deplorables and the working classes were being wiped out, given their politically incorrect social and cultural views.

What finally woke America up were two unforeseen developments.

In racist fashion, they treated Asian and African countries as if they were 19th-century colonies. And they apologetically lifted technology from America’s biggest and most powerful corporations to turn China into something akin to George Orwell’s1984.

Meanwhile, Beijing began rounding up dissidents, cracking down in Hong Kong and “re-educating” millions of Muslims in detention camps. All that brazenness finally drove the left to drop its multicultural blinders and accept the truth of renegade Chinese oppression.

Second, Donald Trump got elected president, all the while screaming that the Chinese emperor had no clothes. The cheerleaders finally listened and admitted that China had been buck naked after all.

Now we will learn whether America woke up just in time or too late. Either way, no one will credit the loud Trump for warning that China was threatening not just the U.S. but the world as we have known it.