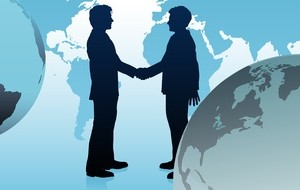 According to a helpful BBC article from July, 2016, the TPP involves 12 countries: the US, Japan, Malaysia, Vietnam, Singapore, Brunei, Australia, New Zealand, Canada, Mexico, Chile and Peru. Note China is NOT included. In short, the agreement aims to deepen economic ties between these countries by fostering trade and eliminating or reducing some 18,000 tariffs—some immediately, others over time.

As of this writing, both party’s candidates oppose TPP, as did candidate Sanders, and one of Trump’s big “selling points” is better deals.   We have neither the credibility nor article length to treat this subject comprehensively, but since many readers are associated with companies doing considerable business with foreign entities, a very brief introduction seemed like something that would be useful. Please feel free to contribute comments below.

Historically, and certainly in the case of the US, most revenue was generated through tariffs until the introduction of income taxes early in the 20th century. Tariffs may have hit their high (or low?) point in the 1930’s with Smoot-Hawley, thought to have been a big contributor to the Great Depression. Over the past few decades much has been made of moving towards more FREE trade.

So to begin with, what are the pros and cons of free trade? What follows is a very brief summary.

The pros and cons article came from this article.  If you go to that link, you will also find a strong argument against the structure of recent trade deals in a Ralph Nader video.

As we can all see, this is a subject with enormous implications. There are strong arguments on both sides, and we can expect any complex trade agreement such as TPP to contain numerous controversial features. No matter what, we know two things will be the case with any agreement. One is that true “free trade” will not exist, and whatever the features, election positions will exploit things that support their particular agendas.