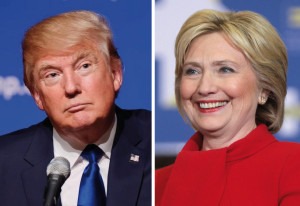 It’s been an entertaining political season regardless of the candidate of your choice. The winning presidential candidate, as well as down-ballot choices, will have a considerable effect on all of us. In particular, supply chain effects might vary widely, depending on the outcome of this election.

The May, 2016, edition of Supply & Demand Chain Executive (SDCE) had an article too juicy to pass up. The article is “What Risk will the Next President’s Policy Bring to Supply Chain?”. SDCE assembled several experts and asked their opinions on how the election would impact 4 areas: the TPP (Trans-Pacific Partnership), corporate tax reform, immigration reform, and global trade/economic sanctions.

We have no idea of the political positions of any of the “experts”, so whether or not this article presents a truly objective view is a question. We’ll leave that judgment to you. You will find a link to this article at the end of the newsletter.

The TPP was signed in February, 2016, and the 12 countries involved have 2 years for domestic ratification. Per SDCE, “…because the outcome [of TPP] is critical to businesses and their global supply chains, companies are training a close eye on how this agreement pans out.”

One expert opined that with most agreements US imports go up and our exports go down, or at least do not rise as fast as imports. Generally, the experts say Trump won’t approve the agreement without modifications while Clinton would approve a watered-down version. (we wonder what the difference is between “modifications” and “watered down”).

Further, Clinton will be more willing to give up US interests to get the TPP through. Trump, no fool about global operations and interests, will want a fair deal good for the US. Yet, a TPP bill may not ever get to the president. If the Democrats take Congress, the bill will not likely pass. A Republican Congress is more likely to favor globalization, and would be more likely to pass some TPP bill.

Overhauling corporate taxes to improve US companies’ competitive position is the subject of much election debate.   Candidates appear to agree on full expensing of capital assets, and we believe this would be at least a temporary boon to manufacturers.

The SDCE experts seem to agree that a Clinton administration would be relatively unfriendly to broad tax reform, especially with a Democrat congress. Trump and a Republican Congress, on the other hand, would probably see some corporate tax reform. But no expert would venture a guess on the specific reforms likely to be implemented.

Generally, Clinton is thought to be less to take a strong stand on immigration, while Trump’s early positions of wall building and other extreme measures are unlikely to stand a test of time. Trump is expected to make it more difficult to stay and be much tougher on crime by illegals.

Clinton is viewed as the status quo candidate, and would probably follow the very aggressive sanction policies of the Obama administration. Trump would probably be less aggressive, as he believes the US does not get good enough deals for loosening sanctions.

In the particular case of Iran, there’s likely to be a real split between Democrats and Republicans. Clinton has praised the Iran deal, while Trump was very critical and would probably try to revisit it if he is elected, looking to make a better deal.

This article includes comments on Bernie Sanders as well, which we have omitted. To view the article in it’s entirety, here’s the link: https://issuu.com/supplydemandchainfoodlogistics/docs/sdc0516 and then go to page 7.