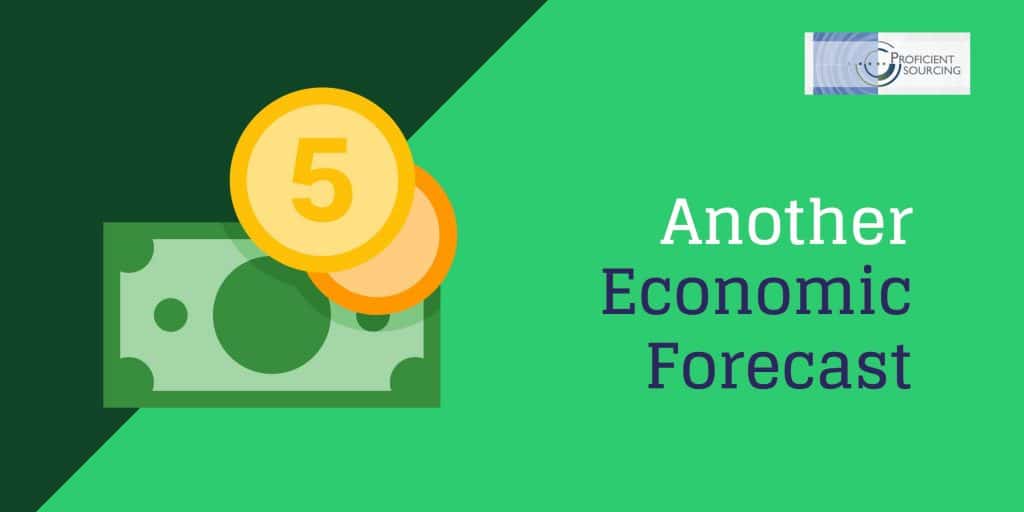 On November 6 we attended the Barnes-Dennig (Cincinnati CPA firm focused on manufacturing) annual Manufacturing Seminar.  The presentation was “Economic Enlightment” by Dr. Alan Beaulieu of  ITR Economics.  You can further investigate ITR from the website in the above article.  ITR uses what we understand is an advanced methodology of leading indicators for delivering an accurate economic forecast.  They claim supurb accuracy, and history seems to bear them out.

From the ITR website about Dr. Beaulieu:  Alan Beaulieu is one of the most informed economists in the country, providing economic forecasts with 94.7% accuracy so companies can improve their performance and profits. He is a principal at ITR Economics, the Senior Economic Advisor to the National Association of Wholesalers, Chief Economist for numerous international trade associations, and a noted author and speaker. Alan co-wrote 3 books with his brother Brian: “Make Your Move” and “Prosperity in the Age of Decline”. The third book, “But I Want It”, was also co-authored by Dawn Beaulieu. It is a children’s book that brings economic lessons to youngsters. The proceeds from “But I Want It” go entirely to charity.

Below are several useful take-aways from this event.

First, the US GDP performance is independent of the party in power, and this has been charted for over 50 years.  As a general statement, ITR believes political clams about the economic benefits of most things are greatly exaggerated, and leadtimes and costs greatly under estimated.  Is this a surprise to anyone?

As far as economic forecasts go, ITR has believed that the 2030’s will see a very major depression, probably world-wide.  Among the many reasons is the growing costs of the elderly and the continuing to increase national debt.  They also see some evidence of a serious hot war in the 2015 period, but that has yet to be further evaluated.  Evidently this came from discussions with Pentagon and CIA connections.

More to our immediate future, there’s a GDP slowdown underway, especially in the machinery segment.  This is expected to last until mid-2020, at which time things are expected to improve significantly.  The economy will grow sharply until 2022, at which time there will be a painful contraction lasting perhaps a year, followed by another growth period.

So if  this sounds reasonable to you, ITR suggests preparing more capacity to handle increased business starting in the 2nd half of 2020.

May the force be with us all!