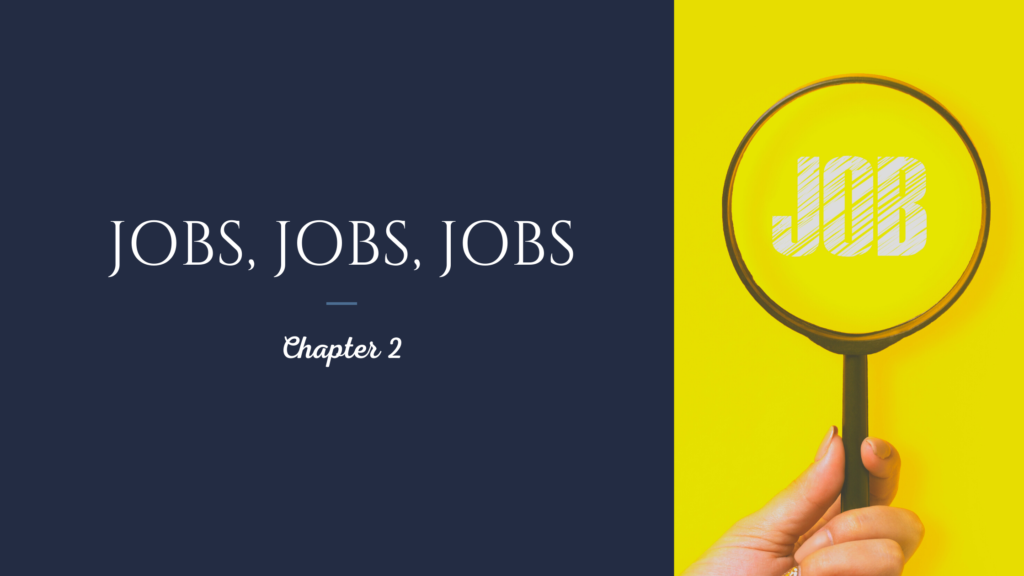 A great deal of the current administration’s spending seems to be directed to increasing jobs in America. Whether green energy or infrastructure, what’s made the news usually includes some reference to new job creation. Is this credible? Can the federal government make a meaningful contribution to the country’s employment, and if so, where and how?

One thing for sure is subsidies for some businesses will surely create new jobs. The emphasis on green energy in the Obama administration probably at least temporarily generated new jobs. However, some of these went to Solyndra and Fisker, both companies that failed. So overall was that effort a jobs creator or not? We’re not sure. Not only that, but consider this. Eventually the assets of Fisker were acquired by a Chinese group and they created Karma Automotive. So the initiatives of the Obama administration apparently resulted in opportunity for a Chinese entity.

Come to think of it, wouldn’t a major increase in solar panels be yet another bonanza for China? And who’s making all the wind turbine parts?

On the other hand there were some successes during this period of investment in green energy. However, a question remains—is the government better equipped to do this economic manipulation than the (somewhat) free market? In other words, should we taxpayers be optimistic about the plans of the Biden administration or should we all be worried that more money pits are being generated?

The recent presidents seem eager to proclaim programs as jobs creators. But what’s the history? Certainly Obama’s green emphasis has good and bad, and it’s unclear if there’s any objective story concerning Trump’s economic work. Let’s remember Biden’s famous championing of the Obama Stimulus’s “shovel ready” projects. He apparently discovered most shovels were MIA, so it seems to us there’s a credibility gap to all this.

At the present time we see rapidly rising fuel, metals and lumber costs, shortages of many things, both commercial and retail, a transition to open businesses up after a lengthy restrictive period for covid, and some hint of pending inflation. Is this an environment for healthy business? And then there’s the issue of staffing. With all these jobs in the offing, who’s going to do them and where are these people?

What can the federal government do in the short run to increase the supply of job applicants? And aren’t sales business issue #1? What can our feds do about increasing sales potential for the vast array of small businesses? After all, small business is where most of the jobs are, so that’s the segment most in need of … help?

We at Proficient Sourcing deal with manufacturing job shops, and they are normally in the $10-25M annual sales size. So we have a pretty good view of small manufacturing businesses, and 100% of them are looking for good employees. Some have growth limited by the lack of new employees in addition to many of the other problems noted above.

Apparently this is not a circumstance confined to mostly midwest small manufacturers. The news is full of accounts of large companies struggling to find new employees, and we dare you to find a fast food shop without a help wanted sign somewhere. Surely there are some, but we haven’t found any in our very informal search.

So what’s going on here, and who’s doing anything about it?

Just the other day we heard a NYC radio commentator talking about the reopening of restaurants is being handicapped by this absence of workers, even their laid off workers are reluctant to return. What levers to the feds have to influence this situation? Even if great sales opportunity exists, can these be seized?

We hear that covid effects are very bad for older people, and significantly less for those under 50—60 years of age. We’ve also heard treatments are now significantly improved. Thus, the overall risk for those not in the advanced age group may be less than popularly thought. And if that’s true, better federal guideline information would certainly be useful. In fact, this might be the best thing our leaders can do—issue clear and concise guidelines for opening up the economy, and do so ASAP! We’ve seen confused, mixed, and contradictory message from the CDC and Dr Fauci for some time. Better performance there is mandatory!

It would seem that paying people NOT to work is a problem. We hear many states are working to redirect the $300 pandemic payments to incentivize people going back to work. For example, “A news release says that the State of Montana will launch a return-to-work bonus program, utilizing federal funds authorized by the American Rescue Plan Act. Return-to-work bonuses will be paid to unemployed individuals who rejoin the labor force and accept and maintain steady employment for at least one month”. This from KRTV.

Now we hear many other states are taking action. From a recent Patriot Journal article is this:

“At least 16 states decided over the past week to prematurely cut off the sweetened aid, which provided an extra $300 a week on top of regular state unemployment benefits. The supplemental benefit is not slated to expire until Sept. 6, 2021.

Then there’s John Deere as just one example of a major employer. We read a news article recently reporting on the unprecedented difficulty they are having finding sufficient new employees to ease their growing and large backlog of equipment orders. Historically Deere has not had any trouble attracting resumes; not so this time, even though Deere is the area’s premier employer with good benefits.

This is occurring somewhere in Iowa, and since Deere is paying a starting wage of something in the $19/hour area (if we remember correctly) the $15 minimum wage momentum would have no effect. So that’s not the problem.

Policy under the Biden administration has greatly increased immigration, and some think this ought to help employment shortfalls. But without any filters on who comes in, we do not understand how someone unlikely to speak English well and without much education is likely to be a helpful addition. Most manufacturing shops we know are interested in people with basic math knowledge and some familiarity with machinery as a really basic minimum. So the flood of new immigrants do not seem much of a solution for the businesses we deal with.

When the XL pipeline was shut down, and some 11,000 jobs were abruptly lost, good new green jobs were mentioned as the alternative. Anyone seen any of those anywhere yet? We have not.

It seems to us that rosy predictions of “jobs, jobs, jobs” are perhaps a bit optimistic. We see many problems growing and probably increasing. Is there anyone at the federal level (or elsewhere, come to think of it) working to address any of these problems? And do they have the power to actually accomplish something meaningful?

Inquiring minds want to know. We are worried.