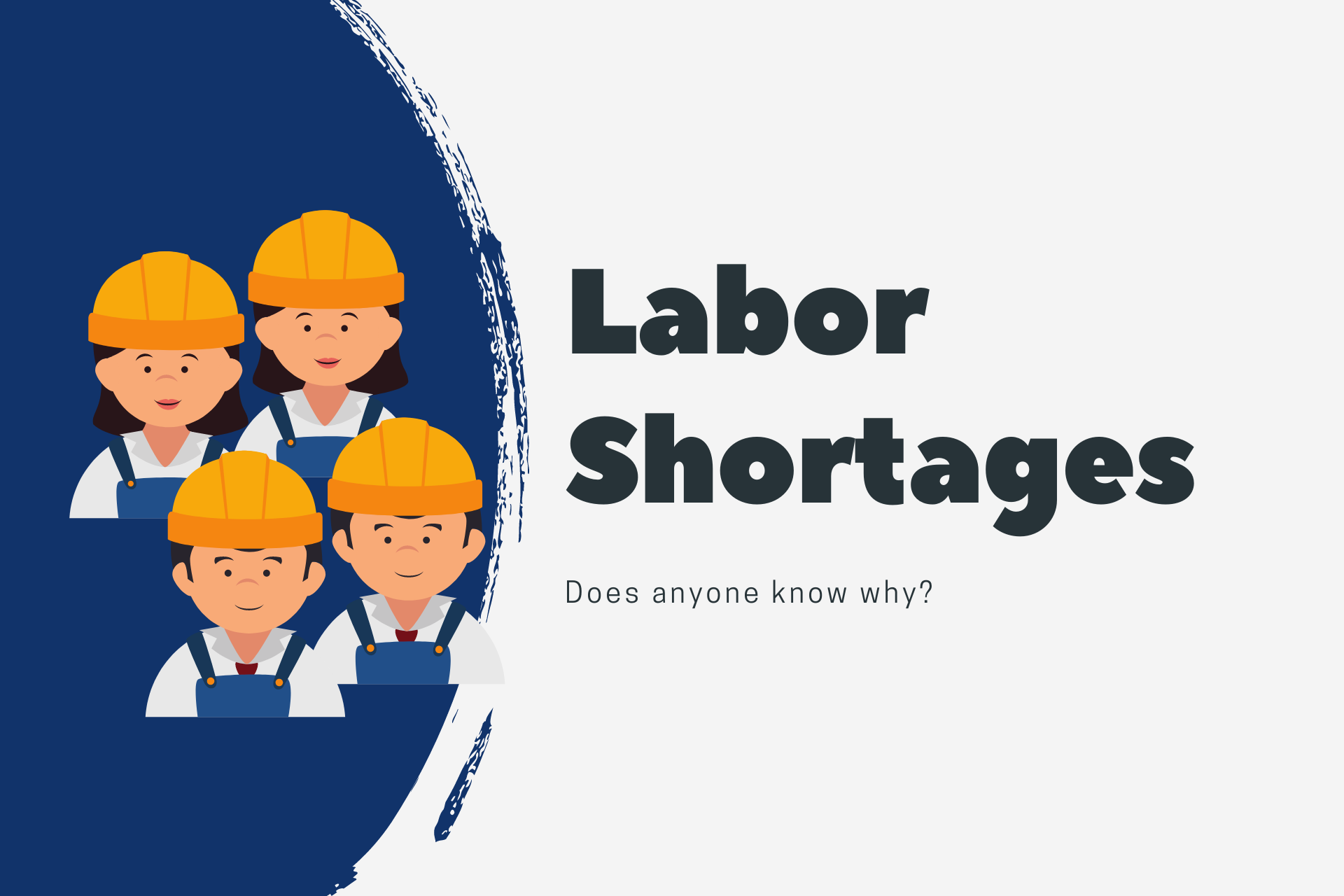 Lots of articles and interviews have addressed the subject of US labor shortages, and many causes have been put forward.  But we wonder if any of these make any sense to those of us interested in manufacturing.

For the past year or more the shops we know have complained about finding qualified workers, despite paying pretty good wages and benefits.  Since they’re small shops (usually less than $20M annual sales) they don’t compete with the benefit packages of, say, Procter & Gamble.  However, the financial career prospects surely beat flipping hamburgers or in-store retail sales, for example.

“The pandemic has led millions of workers to leave their jobs, in what’s being called the Great Resignation, contributing to a growing labor shortage. Although there is a job opening for every American worker looking for employment, 7.4 million are without work as of October, according to the U.S. Bureau of Labor Statistics. But the sky-high number of quits has less to do with job availability than it does with a change in workers’ priorities, after a shock as life-altering as the onset of the pandemic, reports Fortune’s Megan Leonhardt—and some of the workers may not be coming back.

Among those who recently quit, about 44% are looking for more competitive wages and benefits, according to a September Digital.com survey of 1,250 American professionals who left their job in the past six months. About 32% quit to start their own businesses. The majority, 62%, said they quit specifically to have more control over their lives and to be their “own boss.” Many are also concerned that returning to in-person work is still unsafe, and their incentive to do so is limited anyway: Employee burnout increased by almost 9% from April to July, according to LinkedIn”.

We have some problems with these data with respect to the labor issues in manufacturing.  For example, what 32% of prospective manufacturing employees have the talent to start a business, and in what?  We’re sure there are a few, but 32%?  Doubtful.

There are surely some who quit to take advantage of the various pandemic unemployment benefits.  Those, at least in OH, ended a few months ago and those benefits aren’t sufficient to create gigantic savings pots so recipients don’t have to return to employment somewhere.  Holiday shopping calls and people, you’d think, would need to return to a paycheck somewhere.  But maybe we’re wrong?  Somethings surely out of whack here, and we do not understand why there’s such a huge and apparently universal problem in the US.

Just the other day we heard someone report the welfare payments currently—and this is just the federal amount—can total $45,000/year.  This is the equivalent of $22/hour, and there are doubtless tax advantages as well as probably no FICA, either.  We don’t have the details to be able to determine if some 25 year old healthy male could receive such a payment, but the issue remains a question.  In any case, it would appear the incentives to go to work may be challenged by our government.

We saw a CNBC article from Jim Cramer’s “ Mad Money” in which a prominent CEO noted concerns about minimal organic population growth and (get this!) a slowdown in immigration!

We found lots of information and data on immigration on line.  For example, Persons Obtaining Lawful Permanent Resident Status has remained approximately 1 million annually for about the past 10 years.  We also know since the Biden’s took office, illegal immigration has risen to new levels, and who knows how many have come here without detection.

So far this year there have been something approaching 2 million illegals detained, of which, according to a 10/21 New York Times report,

“Single adults represented the largest group of those detained in the fiscal year that ended Sept. 30, at 1.1 million, or 64 percent of all crossers”.  This, of course, is crossers CAUGHT, not the real total, which is unknown, but perhaps double?  Some of these have been deported, but where are the rest?

It seems to us there are some things our leaders might consider that would make a difference over the long haul.

First, stop rewarding not working.  OK, we had a terrible pandemic and lacking knowledge led to many decisions to curtail some businesses and send special unemployment money to many affected.  Those days are over now, so why not encourage people to go back to work?

Second, if there’s a structural demographic problem, how about Congress actually tackling immigration and working to bring in the sorts of people needed to fill employment rolls?  This instead of just opening the border and whisking people in the dead of night to …where?

Third, let’s face the facts that not everyone is a good candidate for a 4 year college.  Rather, there are lots of skills in short supply that should be available as learning in some other venue.  Industrial unions no longer have sufficient members to lead this.  Rather, we believe a place exists in many high school environments for skills training in preparation for some work.  We’re pretty sure local businesses would be pleased to assist in this effort, but we don’t see much happening here.  Why not?

If this makes sense to you, please let us know.  Or please contribute your ideas.  We all need less employment pressure to take advantage of business opportunity that surely awaits us all.